Trusted by the Aerospace & Defense Industry for over 47 years

Our products are widely used in a wide range of sectors and unique circuit boards.

Here is the final answer to solve your specific soldering problems

Serving the industry since 1973

We carefully assembly and inspect our equipments by hand before shipping

We ship our products globally 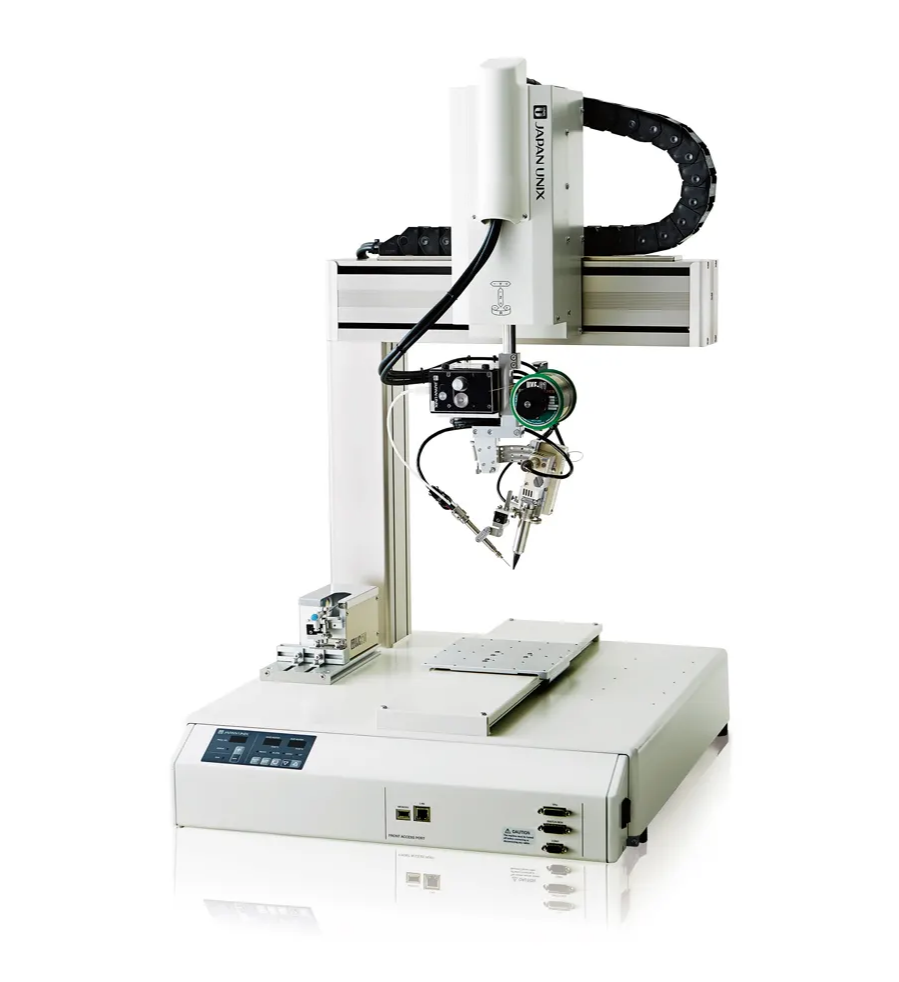 The new generation desktop soldering robot for Industry 4.0 and IoT. UNIX-DF Series have improved its network function and robotic motion.

These are also applicable and optimized for laser soldering.

One of the main features is connecting to factory network and making operation visible in real time.

By connecting DF monitoring software, various soldering processes such as temperature, program execution and so on are visualized and converted into numerical data.
MODELS AVAILABLE 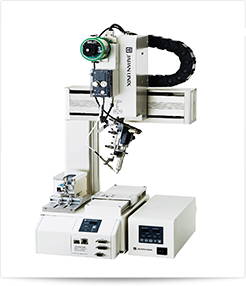 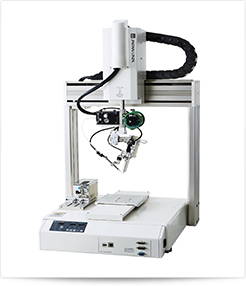 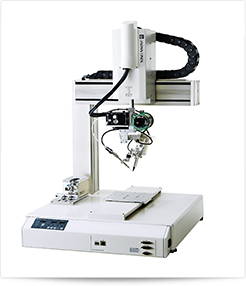 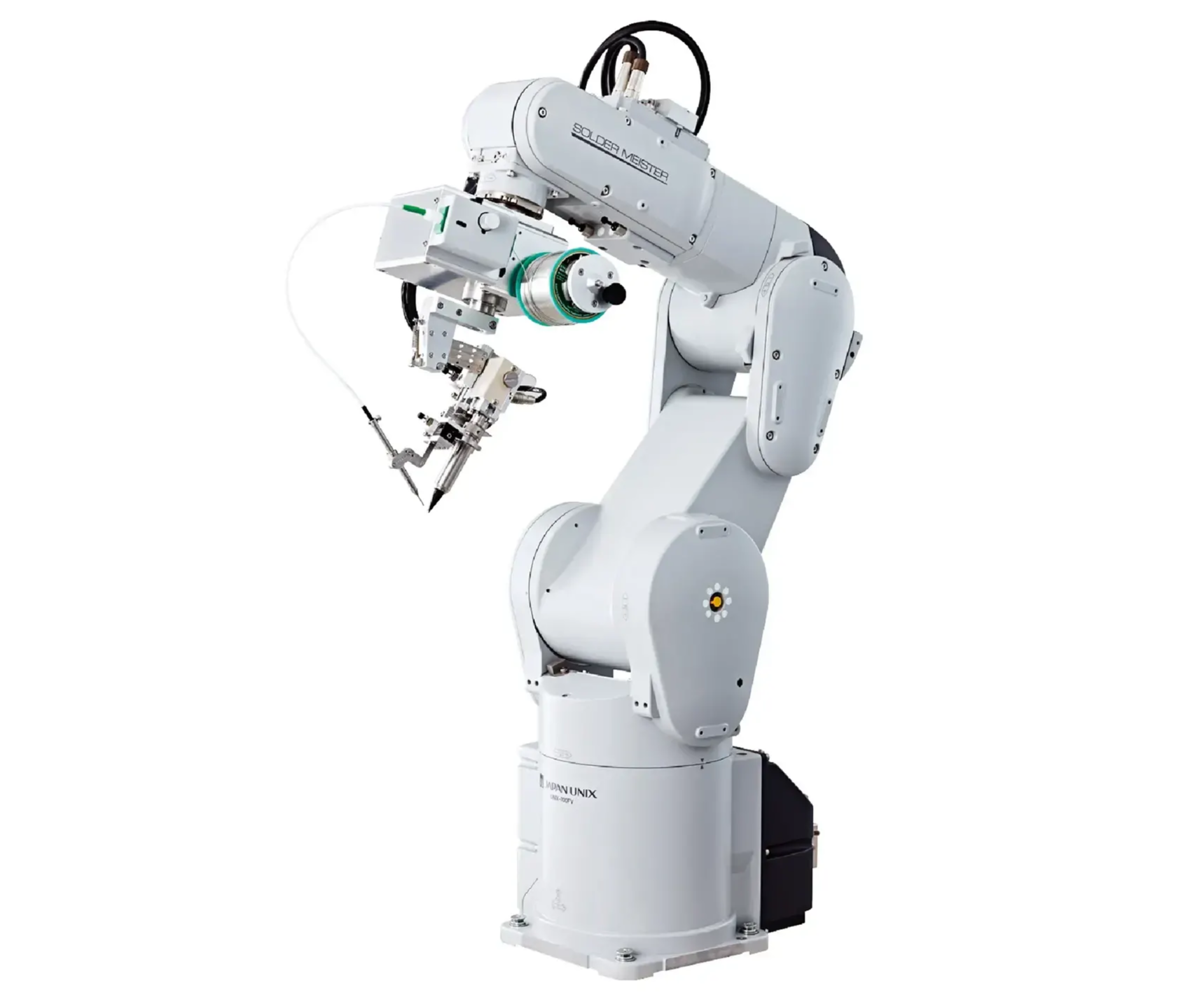 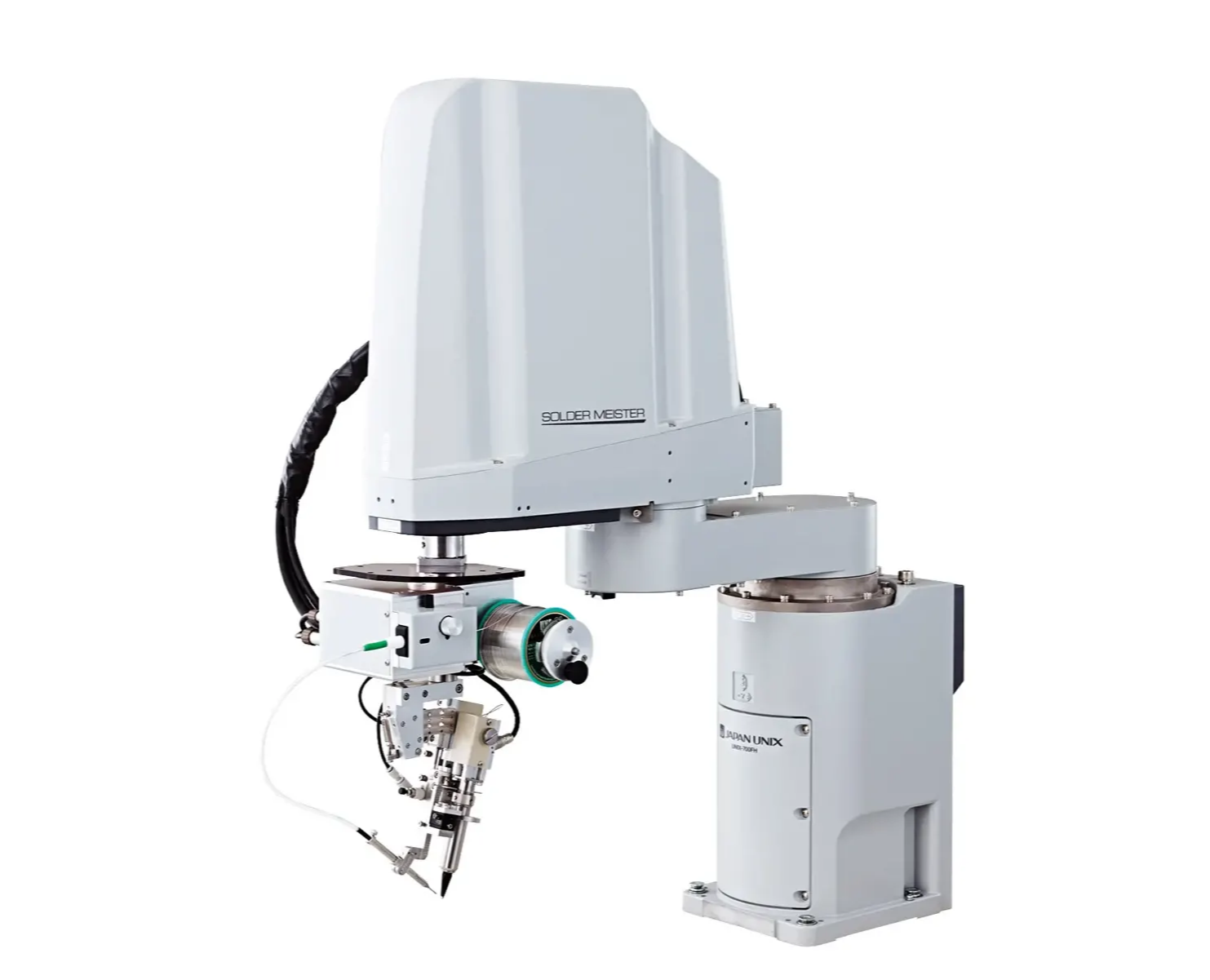 The world-best soldering robot for inline with an AC servo motor.
SOLDER MEISTER 700 Series, top-class model were developed in order to achieve soldering automation for mass production. It solves a variety of automated production issues with its flexible multi-axis joints.

Various applications can also be additional for automation and soldering problems.

The series have achieved high speed, accuracy and quality, which are able to automate even difficult soldering application samples. Here is the ultimate soldering robot, which will solve your issues.

Vertical inline soldering robot, UNIX-700FV is an ideal for irregularly shaped works into which is hard to insert the tip. The vertical multi-joint is utilized to freely change the head angle and quick operation.

A high speed of 5,300 mm/sec, repeat accuracy and high rigidity.

This robot is suitable for the laser soldering and contact soldering which can be applied with various soldering module. 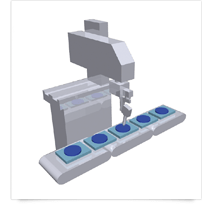 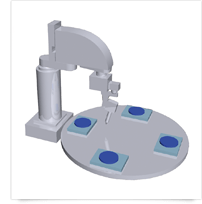 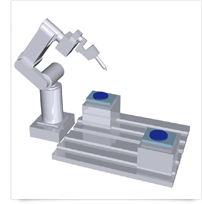 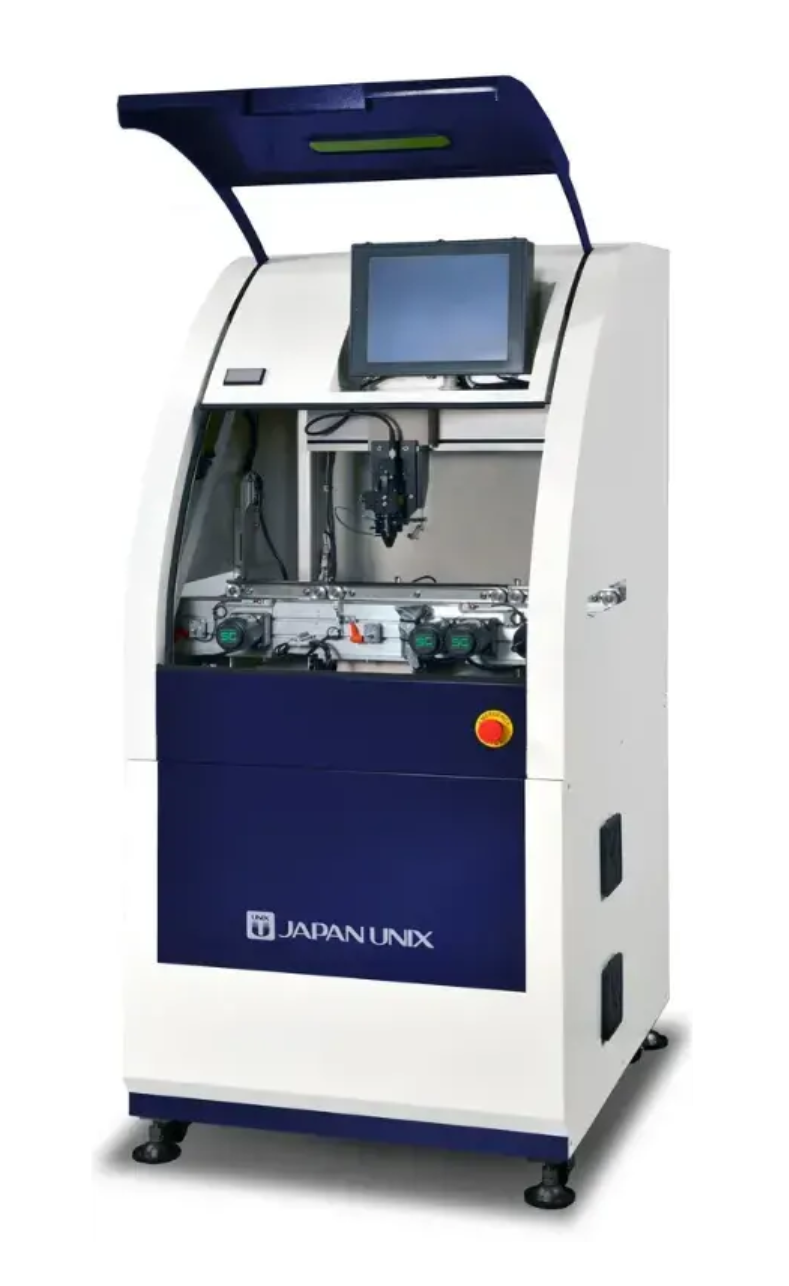 Laser makes possible what other types of soldering cannot accomplish. 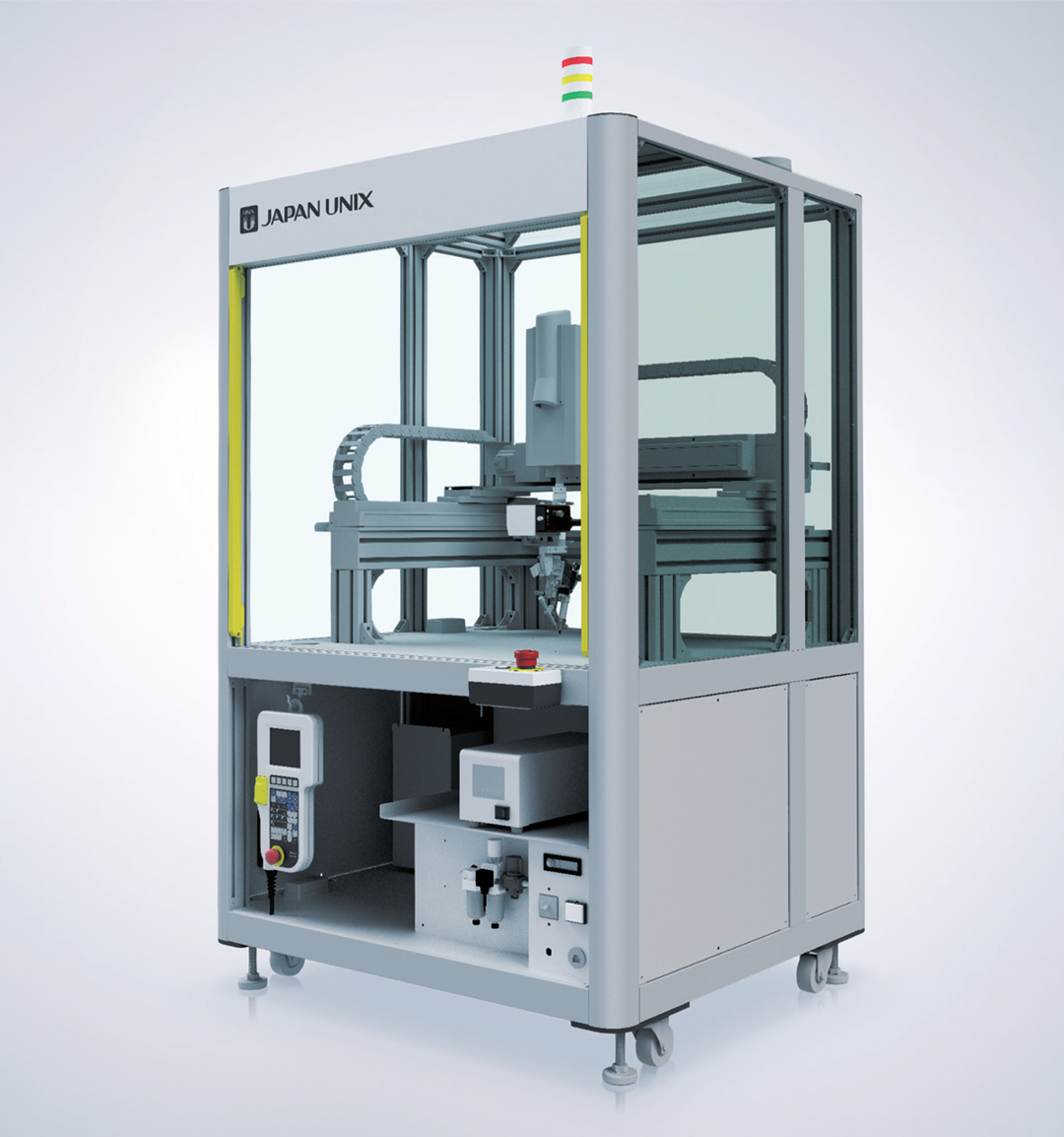 Evolving into a flexible gantry platform while keeping the usability of the best-selling desktop robot.

This is considered the best option for mass production line as well as a large size printed circuit board assemblies (PCBA).

Ultrasonic soldering is mainly used for "flux-less” or “flux free” soldering to nonmetals such as glass, ceramic, and to difficult-to-solder metals such as aluminum and stainless steel.

Ultrasonic Soldering is available in manual soldering and robotic soldering systems and is designed to apply high-frequency vibrational energy to a molten filler metal to solder parts without flux.

The vibrational energy forces the liquid solder into tiny crevices and pores in the substrates which helps to seal the parts and greatly increase the surface area to which the solder can bond.

These have a strong affinity with oxygen and tend to form oxides that chemically bind to glass, ceramics and metals.

Japan unix has incorporated the core technologies from its accumulated soldering expertise into various soldering module and unit products.

Any types of soldering robots must have the feature of solder feeder, heating mechanism such as an iron tip soldering head or laser soldering unit.

Soldering controllers manage both soldering temperature and the amount of solder alloy.

Japan unix differentiates soldering modules with our confident experience, which will bring differentiated advantages to customers.

Here are some samples of industries and applications which Japan unix soldering robots and soldering automation expertise are hard at work.

Our products are widely used in a wide range of sectors and unique circuit boards.

Here is the final answer to solve your specific soldering problems. 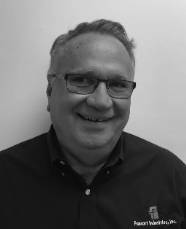